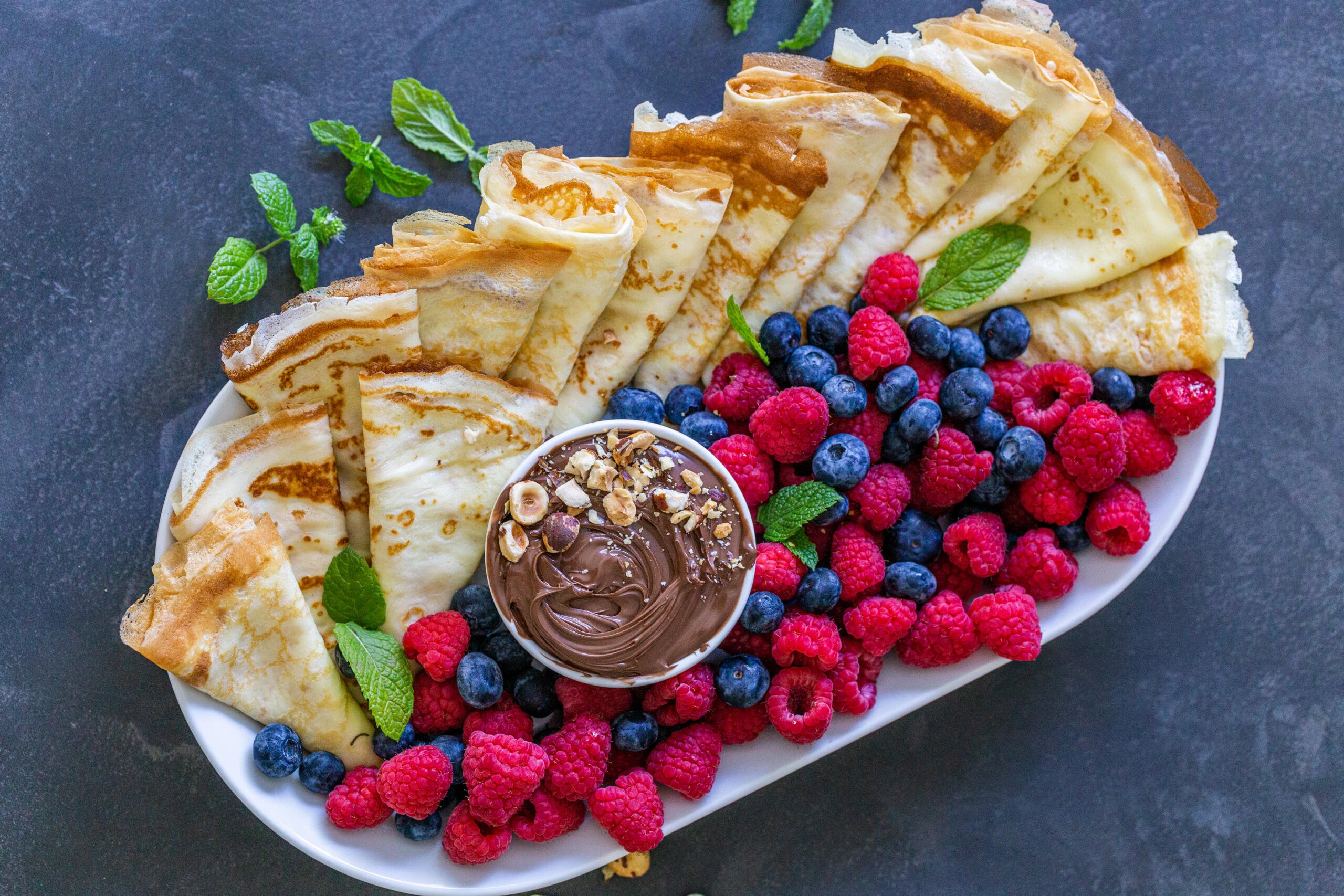 What is a crêpe?

A crêpe is a type of very thin pancake (usually made from wheat flour).  The word is of French origin, deriving from the Latin crispa, meaning “curled.” Crêpes originate from Brittany, a region in the northwest of France and are enjoyed throughout France.  They are also increasingly popular in North America and South America.  In Brittany, crêpes are traditionally served with cider. Crêpes are served with a variety of fillings, from the most simple with only sugar to flambéed crêpes Suzette or elaborate savory fillings.

Crêpes are made by pouring a thin liquid batter onto a hot frying pan or flat circular hot plate, often with a trace of butter on the pan’s surface. The batter is spread evenly over the cooking surface of the pan or plate either by tilting the pan or by distributing the batter with a spatula.

When sweet, they can be eaten as a dessert. They can be filled with various sweet toppings, such as Nutella spread, sugar (granulated or powdered), maple syrup, lemon juice, whipped cream, fruit spreads, custard, sliced soft fruits or jams.

Mix together the eggs, milk and butter.

Add the flour and a pinch of salt.

Mix with a mixer.

Put in the refrigerator.

Take the batter out an hour before using it.

Spread a bit of batter in a hot pan until it is thin.

Turn the crepe over in the pan.

Fold the crepe and serve it very hot.